The seasons are changing, and here are a pair of recent photographs that show it. You can click on the pictures to see them in higher resolution. 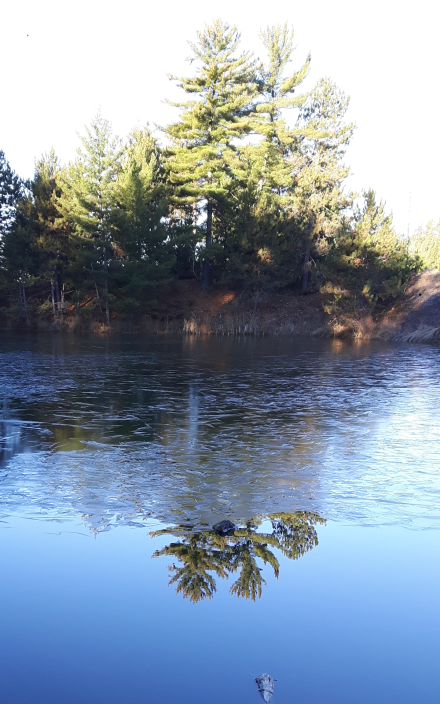 The little pond by the Sandy Nook trail on Tunnel Island froze over the other day. It’s in a shadowy hollow that makes it hard to get the morning light to shine on the ice, so my first batch of pictures were a bust; the ice was barely noticeable. An hour later, I passed by again, and by including the reflection on the small unfrozen portion of the pond I got the ice to stand out better.

Closer to home, Caroline spotted this magnificent fungus on one of the trees by our driveway. It’s bigger than both my fists. 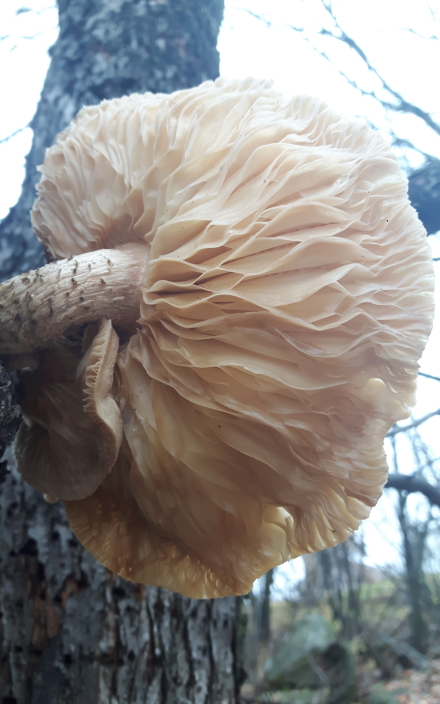 I’m amazed at the macro capability of my smartphone’s camera, (a Samsung Galaxy S5 Neo, if you want to know).  I shoot mostly landscapes, where everything is in sharp focus, so it’s nice to see the limited depth of field come into play for a change.

If you know anything about tree fungus types, I’d love you to comment on this one.

A note on my photographic preferences: I prefer to show the world without people or their constructs. I try to avoid power lines, contrails and so on unless I’m specifically taking pictures of a bridge or something. The pond in the first picture is plagued by utility poles, so I did a lot of walking around to get a vantage I liked. Scrutinizing the fungus picture reveals the rooftop of one of my neighbour’s houses, but mercifully, it is so blurred as to be ambiguous.

As to the seasonal theme, I can’t resist bringing up my position that Kenora (and much of Canada, for that matter) doesn’t really have four seasons. We have two: the one when the temperature is above freezing, and the one when it isn’t. Sure, there are a couple of shoulder periods where the daily highs and lows straddle the line, but when it comes right down to it, the mean temperature is either one or the other.

It snowed a little last night—although nothing like as much as our first snowfall on October 10th—so I took down the Halloween decorations from our front steps, and put up the winter ones. I’m going for a walk soon, and I’ll be looking for beauty, but squinting grumpily. 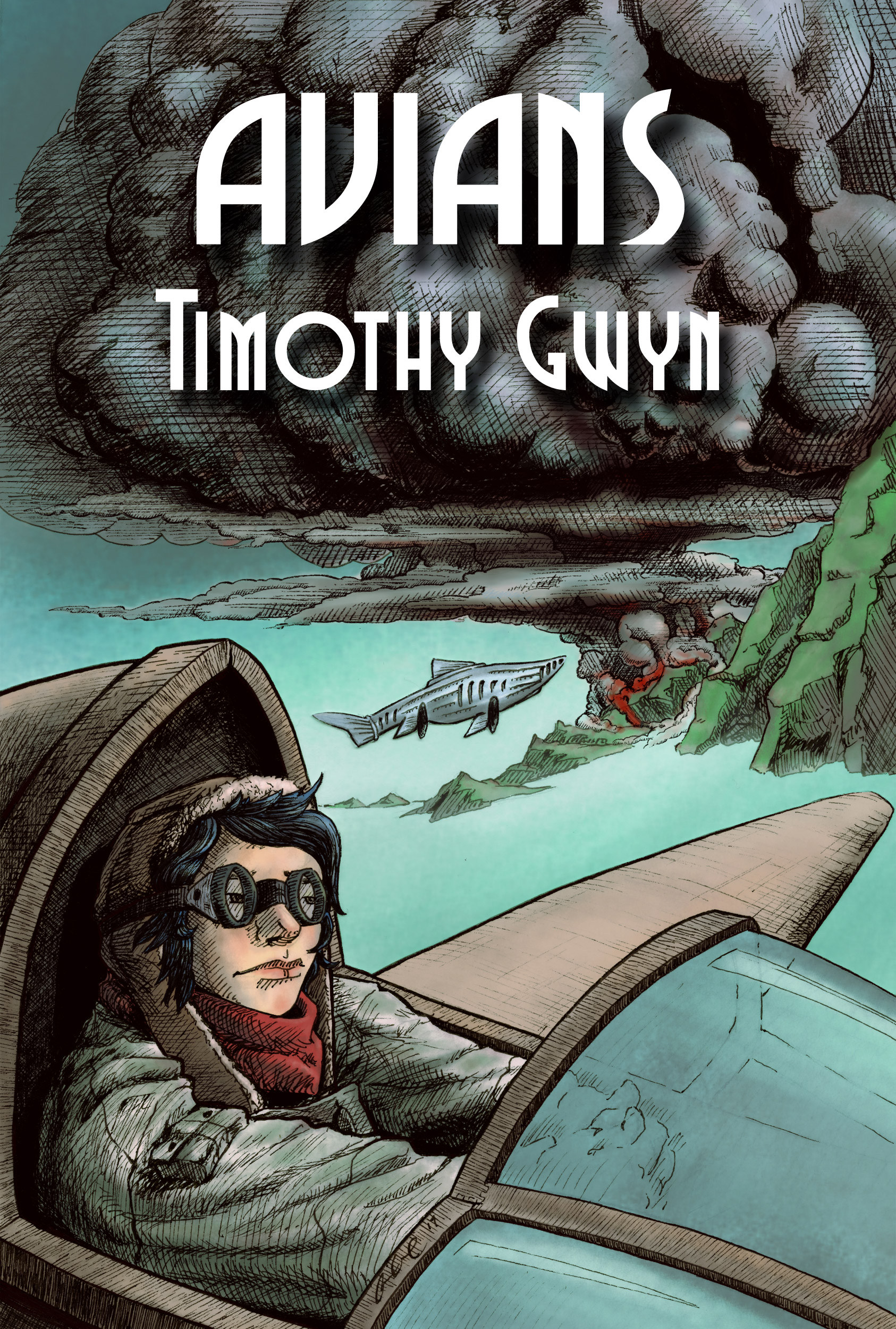